Copper Basin Railway “CBRY” is an Arizona short-line railroad that operates from a connection with the Union Pacific Railroad (UP) at Magma to Winkelman, in 54 miles (87 km) of length. The railroad also has a 7-mile (11 km) branch line that runs from Ray Junction to Ray, Arizona.

There is an interchange point with the San Manuel Arizona Railroad (SMARRCO) at Hayden. In summer 2006, ASARCO Copper Corporation purchased the entire railroad.

Products CBRY has hauled through the years.

The Magma–Winkelman line was constructed by the Atchison, Topeka and Santa Fe Railway (ATSF) subsidiary Phoenix and Eastern Railroad between 1902–1904.

The Phoenix and Eastern Railroad built the railroad from Phoenix –Winkelman via Florence. It originally proposed to build to a connection with the Southern Pacific Railroad (SP) at Benson but the line was never built past Winkelman. 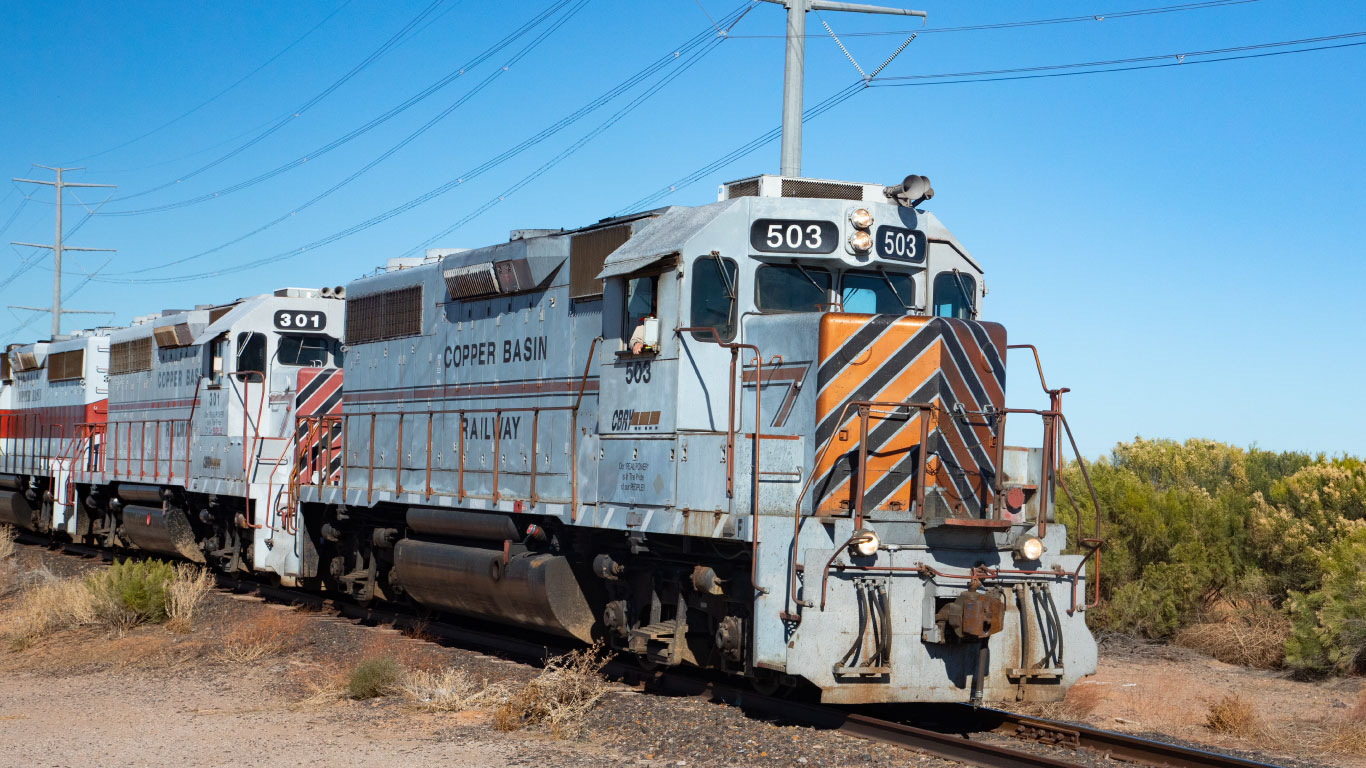 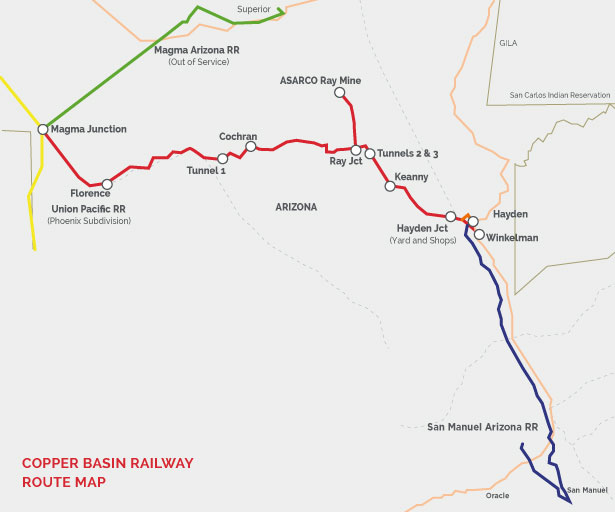 Copper Basin Railway currently has 16 locomotives in their fleet.

If you have any questions or clarifications, please
contact us at the following telephone numbers:

At CBRY we know that results can only be achieved through human capital, which is why we always seek to attract, develop and retain the best talent.

Thank you for your interest on becoming part of CBRY.

Apply to our career opportunities available in management, administration and operations at our Arizona and Texas mines.

We invite you to apply to our career opportunities 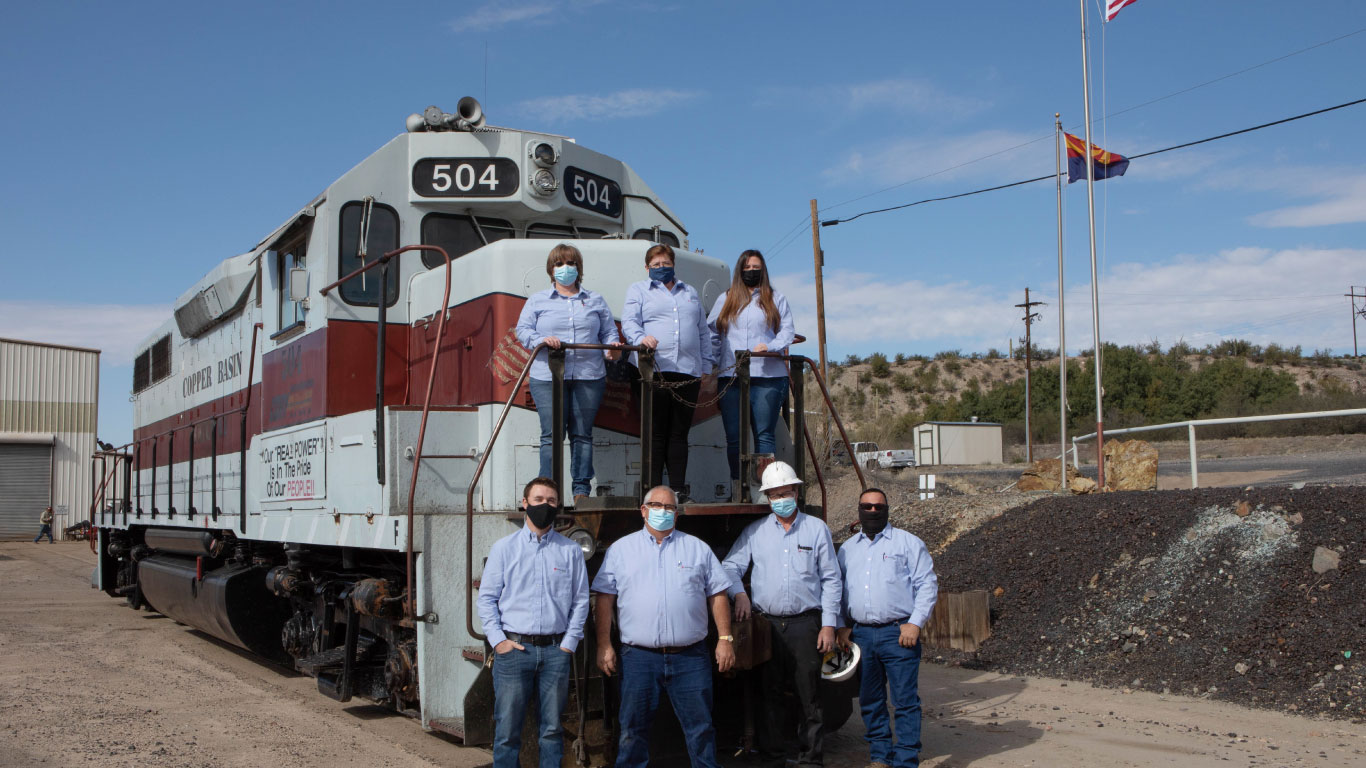 Login to Asarco
Reset Password
Enter the username or e-mail you used in your profile. A password reset link will be sent to you by email.